Acquired haemophilia A (AHA) is a rare autoimmune disorder caused by an autoantibody against any circulating coagulation factor, especially factor VIII (FVIII). The lack of awareness of this condition suggests that diagnosis is a challenge and usually delayed, which leads to suboptimal treatment. Consequently, early diagnosis is mandatory to prevent potentially life-threatening bleeding complications. We present the case of an 85-year-old woman admitted to hospital with symptoms of respiratory infection who 12 hours later developed haematuria which required transfusion. Laboratory assays showed an isolated prolonged aPTT, a moderately reduced FVIII and a high inhibitor titre. Influenza A and Escherichia coli were also identified. Antivirals, antibiotics, immunosuppressive drugs and haemostatic agents were started. Two weeks later, the inhibitor was not detected, and bleeding and symptoms of infection had resolved. Immunosuppressive drugs were stopped on day 45 and there has been no recurrence since then. To date, no FVIII inhibitors have been reported in concomitant infection with influenza A and urinary E. coli. The identification of conditions potentially associated with AHA is essential to achieve complete remission. 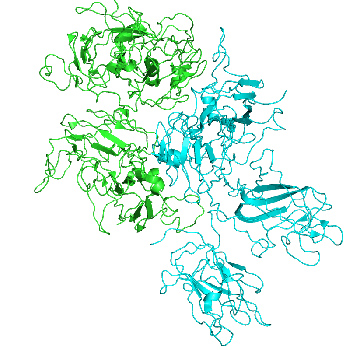