Conflicts of Interests: The authors declare there are no competing interests.
Ethical approval: The national and local guidelines do not require permission to publish case reports.
Patient consent:Written informed consent was obtained from the patient for the publication of this case report and accompanying images.
This article is licensed under a Commons Attribution Non-Commercial 4.0 License

A 76-year-old man experienced loss of consciousness at his home and was transported to our emergency medical centre via ambulance. His medical history revealed diabetes, and his family reported seeing him 2 days previously and finding him well.

A diagnosis of non-occlusive hydrocephalus due to bacterial meningitis was suggested by: the loss of consciousness; elevated white blood cell count, CRP and procalcitonin; elevated cell count and protein levels on cerebrospinal fluid examination; and CT findings.

On the second day of patient illness, his blood pressure dropped and septic shock was suspected. Consequently, vasopressors were initiated. On the third day, S. anginosus was detected in blood and cerebrospinal fluid cultures. Treatment was shifted from meropenem and ampicillin to ceftriaxone, based on antibiotic sensitivity results. The isolated bacterial culture from the blood was positive in BACTEC aerobic and anaerobic bottles (BD, Franklin Lakes, NJ, USA). The isolates were identified by the rapid ID 32 STREP system (bioMérieux Japan Ltd, Tokyo, Japan) with an identification rate of 93.8%. The minimum inhibitory concentration (MIC) of the antibiotics was determined using the MicroScan WalkAwayPlus system (Siemens, Tokyo, Japan) by the broth microdilution method, and the MIC of penicillin G, cefotaxime, meropenem and vancomycin at μg/ml doses of <0.03, <0.12, <0.12 and 1.0, respectively. On Day 3, an incision was made in the area of the right inferior cranial fossa abscess; however, no drainage was performed. On Day 6, fluoroscopy-guided puncture of the right infratemporal fossa abscess was performed, and pus was obtained. Head CT showed worsening hydrocephalus with sediment in the trigone of the lateral ventricles, consistent with ventricular inflammation (Fig. 2). An inadequate treatment response was considered, and so a therapeutic and diagnostic lumbar puncture was performed. Cerebrospinal fluid drainage did not improve the patient's level of consciousness. However, fluid examination showed a lower cell count and improvement in inflammation. Therefore, we decided that continuous cerebrospinal fluid drainage was unnecessary. A brain MRI scan was scheduled but could not be performed due to lack of an appointment. On Day 10, the patient’s pulse rate and blood pressure decreased, and pupillary light response disappeared. Head CT was repeated and showed aggravation of hydrocephalus (Fig. 3). Consequently, an emergency external ventricular drainage was performed. The lateral ventricular pressure was remarkably high (600 mmH2O). The patient's neurological status did not improve, and the brainstem reflexes disappeared despite continuous cerebrospinal fluid drainage. On Day 12, repeat head CT showed a properly placed ventricular catheter, narrowed lateral ventricles, and a blurred boundary between the cerebral cortex and white matter (Fig. 4). However, the patient died the following day. 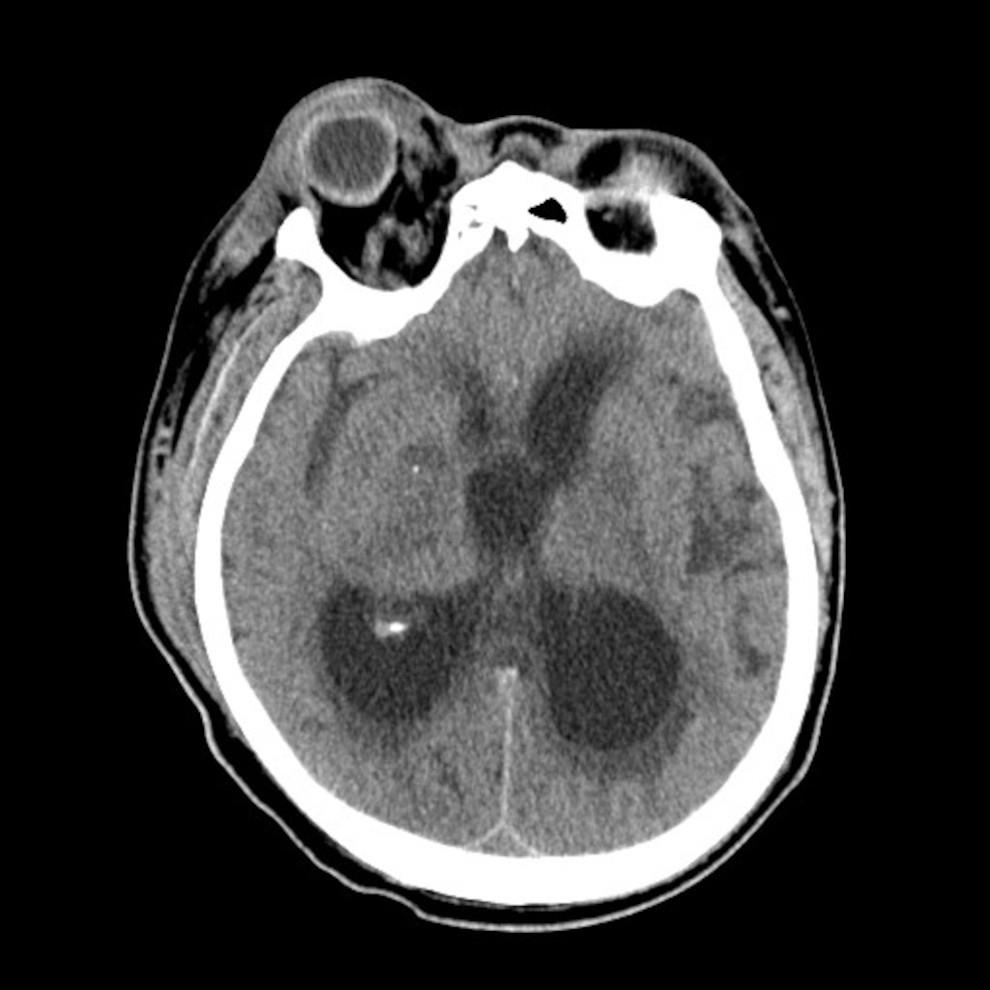 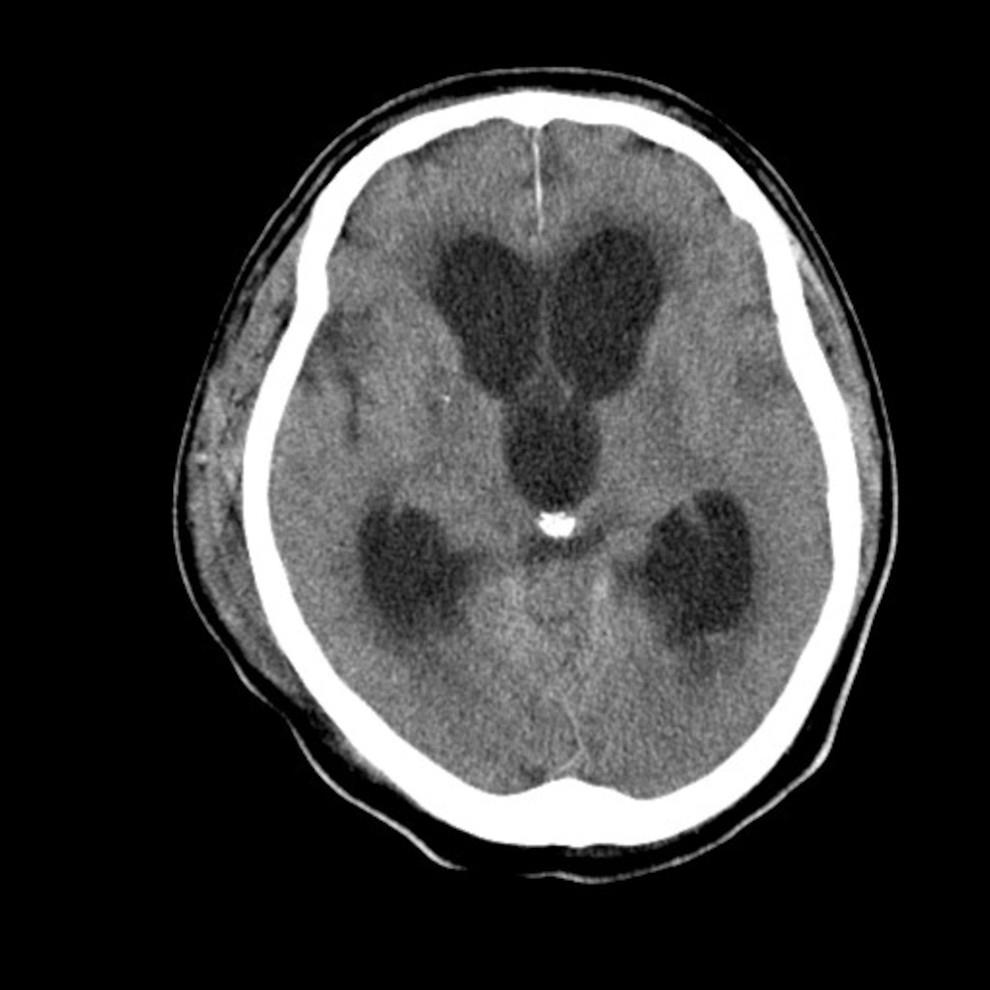 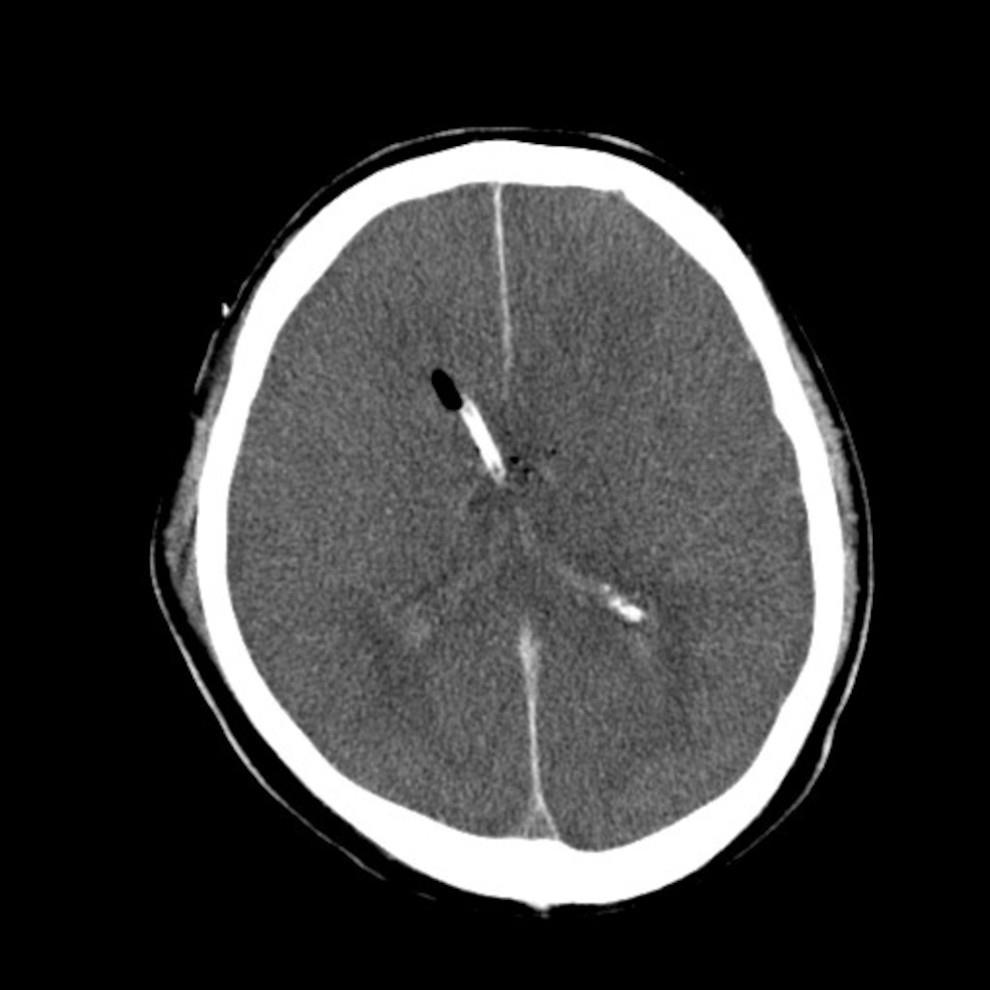 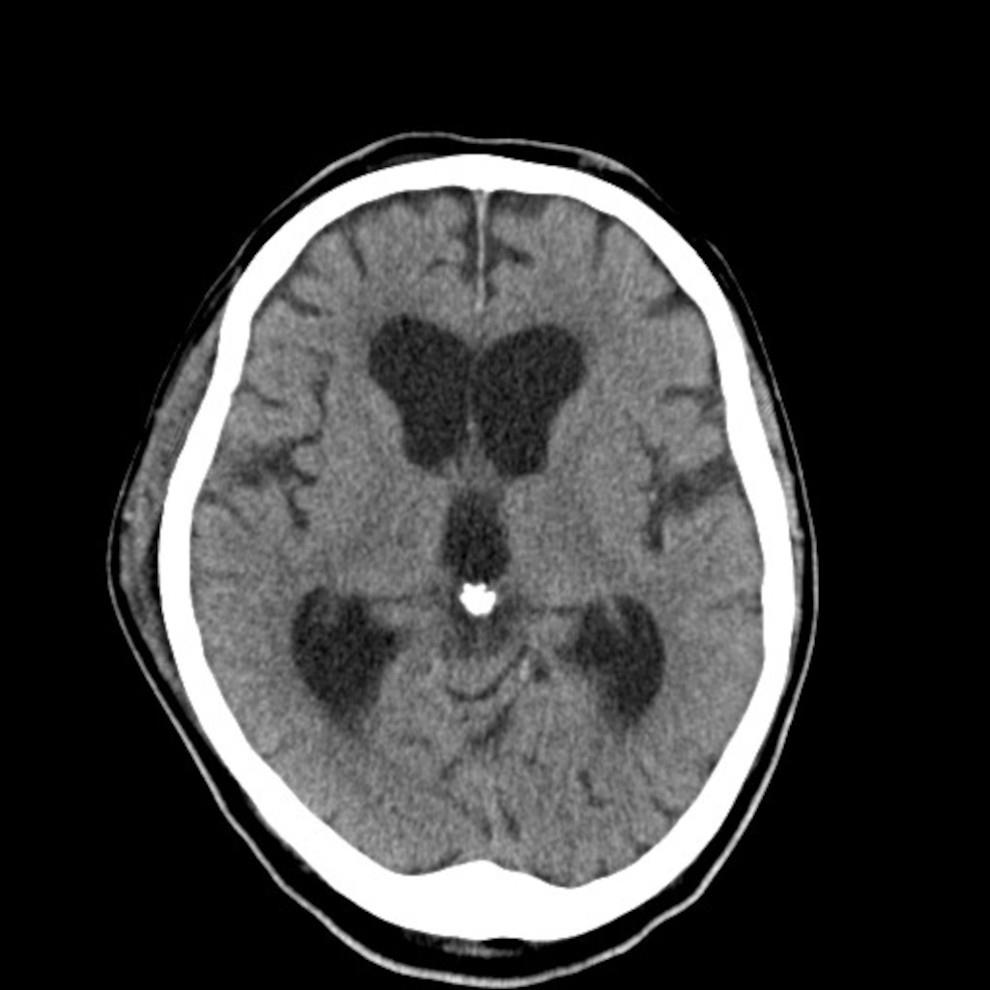 In patients with meningitis-related hydrocephalus, worsening despite appropriate antibiotic administration, treatment may be complicated by ventriculitis and obstructive hydrocephalus, which can be fatal. If intracranial pressure is not medically controlled, bilateral decompression craniectomy should be considered as a potential management strategy.