Introduction: Lumbar epidural anaesthesia is a commonly used technique for analgesia during labour. One of the rare complications of this technique is pneumocephalus.
Case description: We report the case of a 35-year-old female admitted to the Emergency Department with severe headache associated with fast head movements. Five days previously she had a eutocic delivery and lumbar epidural anaesthesia was performed. A brain computed tomography (CT) scan showed pneumocephalus and she was admitted to the hospital ward. A brain CT scan on the fourth day of hospitalization showed resolution of ventricular pneumocephalus.
Discussion: The most frequently occurring symptom with pneumocephalus is headache associated with fast brain motion resulting from air injection and meningeal irritation. When there is clinical suspicion of pneumocephalus, a brain CT scan should be performed for the diagnosis.

Lumbar epidural anaesthesia is a commonly used technique for analgesia during labour. The most common side effects include hypotension, pruritus, inadequate analgesia, post-puncture headache, nerve damage, infection and epidural haematoma[1,2].
Although commonly seen in neurosurgery and neuroradiology, pneumocephalus is rarely reported after epidural injection as a consequence of unintentional dural puncture, resulting from the introduction of air into the subarachnoid/subdural space and subsequent cranial migration[3,4].
The loss of resistance to air (LORA) technique is commonly employed for recognition of the epidural space. Cases of pneumocephalus following neuraxial anaesthesia have been described either after an epidural using the LORA technique or after spinal anaesthesia[5,6].
Symptoms of pneumocephalus are difficult to distinguish from those of post-dural puncture headache and the diagnosis is based on clinical impression and brain computed tomography (CT)[7].

On the 20th of January 2019, a 35-year-old healthy, Caucasian, female patient, who was postparturient, presented at the Emergency Department with severe headache not responsive to analgesics. The headache started first day postpartum, after she was given epidural anaesthesia, which was attempted for the first time. This process was incident-free, with the epidural analgesia working correctly and labour proceeding with normal evolution, and the patient was discharged at day 3 postpartum. The headache was exacerbated by movement, sitting and standing, and progressively worsening, motivating admission to the Emergency Department 5 days after the labour. She had no symptoms of vomiting, no fever and no confusion. On physical examination, the patient was alert and oriented, blood pressure was 130/80 mmHg. Heart rate was 81 beats/minute, with no fever, and neurological examination was normal. The site of the spinal anaesthesia had no signs of infection. A brain CT scan was performed and revealed supratentorial pneumoventricle, gas density being noted in the uppervermian cistern and the frontal horns of the lateral ventricles and in the temporal horn of the left lateral ventricle (Figs. 1 and 2).
The patient was treated conservatively for 4 days with total resolution of symptoms. A brain CT scan on the fourth day of hospitalization showed disappearance of ventricular pneumocephalus (Fig. 3). The follow-up was uneventful. 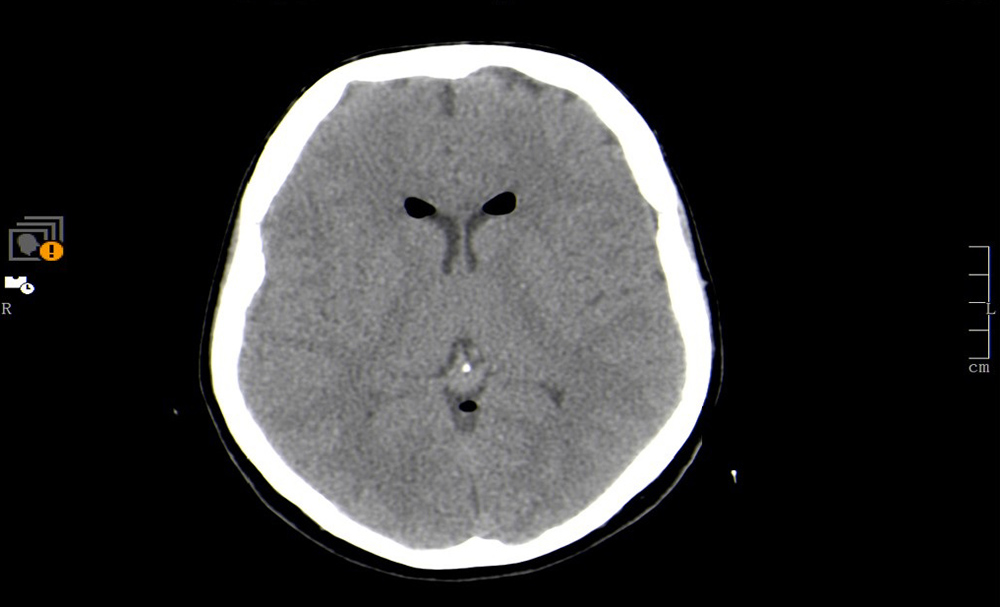 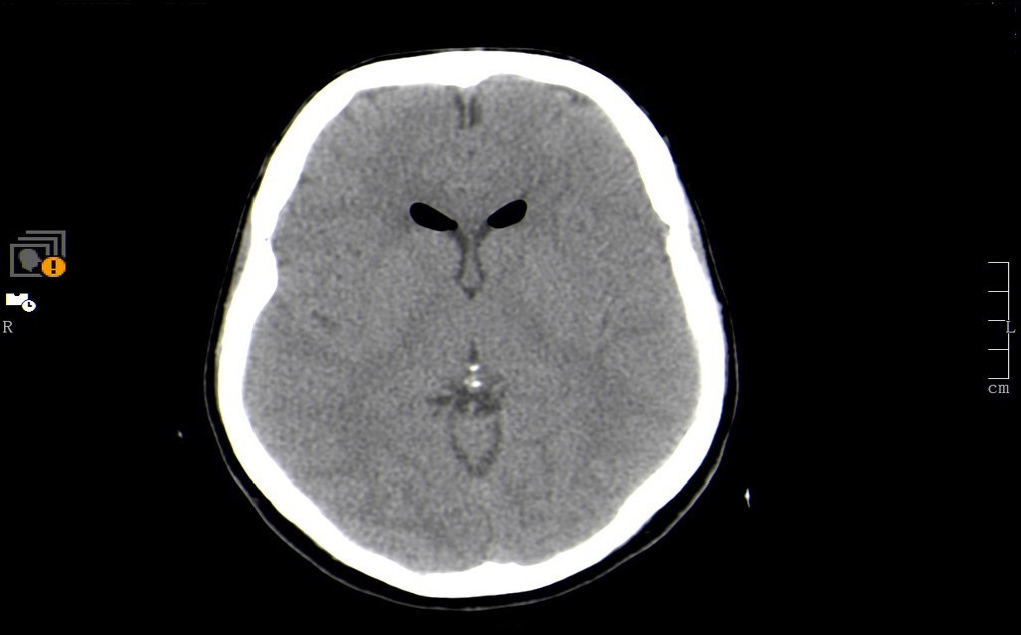 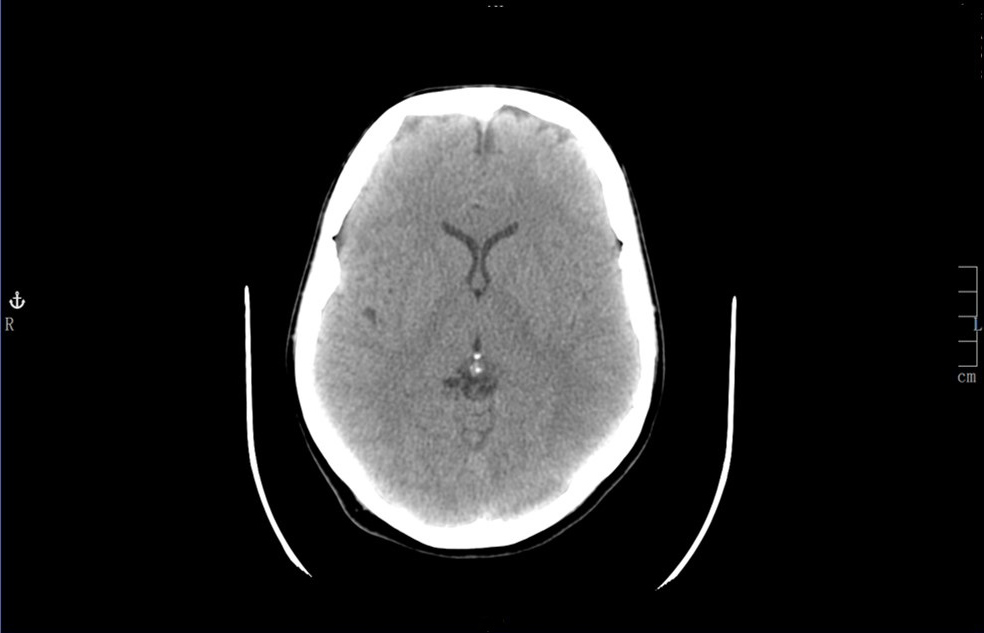 Pneumocephalus is the presence of air in the intracranial cavity. It is relatively common in patients submitted to neurosurgery[8] and treatments of interventional neuroradiology[9]. It can be caused by trauma[10] or infection[11]. The development of pneumocephalus after spinal or epidural anaesthesia is extremely infrequent. The incidence of pneumocephalus after epidural anaesthesia is unknown, and only a few cases per year are described in the literature [12,13].
The symptom most frequently reported with pneumocephalus is headache[14] associated with fast brain motion resulting from air injection and meningeal irritation. The onset is usually fast, in the same day after the cause, and it resolves in the first 5 days. It is exacerbated by motion and may not be alleviated by lying down[7].