Pulmonary hypertension (PH) can be related to several diseases, such as connective tissue disorders and pulmonary embolism, or to drugs; it may also be idiopathic. Few cases have been reported demonstrating an association between ascorbic acid deficiency and reversible PH. We report the case of a patient who arrived at the emergency department with dyspnoea, tachycardia and lower limb perifollicular haemorrhage. Examinations, including a transthoracic echocardiogram, revealed enlarged right chambers and an estimated pulmonary artery systolic pressure of 61 mmHg. Further evaluation revealed poor food intake due to paranoid personality disorder, leading to ascorbic acid deficiency and manifestations of scurvy.

A 51-year-old male patient without comorbidities and with low socioeconomic status was admitted to hospital with dyspnoea on minimal exertion, lower limb oedema and painful bruises on the lower limbs. The symptoms began one month before his admission to the emergency department. On examination, he was afebrile, presenting with tachycardia, dehydration, 20 breaths per minute and an oxygen saturation level of 98%. His body mass index was 17.9 kg/m2 (below the normal range). Cardiac and pulmonary examination were normal. Oral examination showed gum bleeding. His lower limbs presented perifollicular haemorrhage, bilateral pitting oedema and painful nodules and bruises (Fig. 1).
Laboratory tests demonstrated normocytic and hypochromic anaemia with the following values: haemoglobin 5.1 g/dL, iron 23 mcg/dL (normal range 59-158 mcg/dL), folic acid 2.07 ng/mL (normal range above 5.38 ng/mL), vitamin B12 118 pg/mL (normal range 210-980 pg/mL). He had a negative HIV test. Connective tissue disorders were ruled out on the basis of negative antinuclear antibody and normal serum complement. Electrocardiogram showed ST-segment elevation in leads DII, DIII and AVF associated with inverted T waves in leads V1-V4. Cardiac markers of myocardial necrosis were normal. Transthoracic echocardiogram was performed and enlarged right chambers and right ventricle systolic dysfunction were found (Figs. 2 and 3). Estimated pulmonary artery systolic pressure was 61 mmHg with mild tricuspid regurgitation (Fig. 2). Chest tomography and perfusion/ventilation scintigraphy were carried out and ruled out pulmonary thromboembolism as the aetiological cause of the patient’s pulmonary hypertension (PH). Lower limb Doppler ultrasound excluded deep vein thrombosis as well. 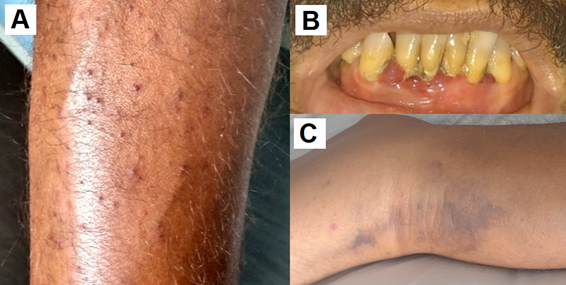 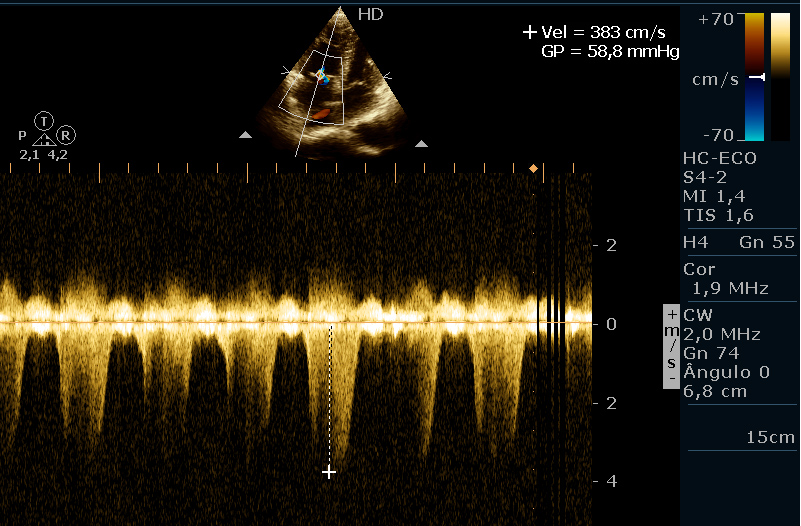 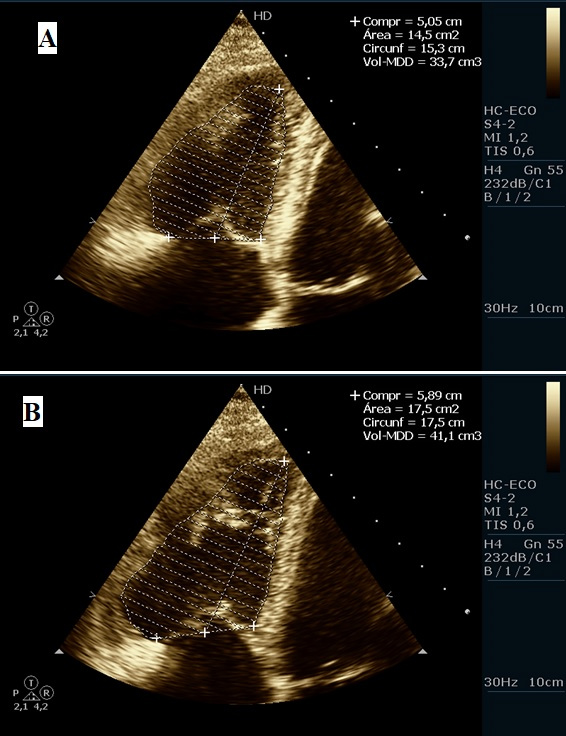 Figure 1. (A) Perifollicular haemorrhage; (B) gum bleeding; (C) painful bruising without trauma
Figure 2. Transthoracic echocardiogram. Tricuspid reflux with estimated pulmonary artery systolic pressure of 61 mmHg
Figure 3. Transthoracic echocardiogram. Right ventricle during systole (A) and diastole (B) and the difference between the area of the two ventricles (14.5 – 17.5 cm2) which is approximately 15% (which is below the normal value of 30%), thus attesting to the presence of right ventricle dysfunction.

Further evaluation including analysis of the patient’s mental health status revealed paranoid personality disorder. Psychiatric hospitalisation ten years earlier was also discovered. Since individuals with paranoid personality disorder display excessive mistrust and suspicion of others, this diagnosis provided a possible explanation of the patient’s low food intake. Indeed, the patient used to think someone in his house was poisoning his meals, and thus restricted his intake of food, including fruit and vegetables. The patient was assessed for ascorbic acid deficiency and showed a serum level of 0.05 mg/dL (normal range 0.5-1.5 mg/dL). Parenteral ascorbic acid supplementation (1000 mg/day) was administered and this treatment was continued after discharge in the form of oral ascorbic acid pills.
Sixteen months later, the patient was admitted to the emergency department again, presenting with symptoms of weakness and severe anaemia. He had a serum haemoglobin level of 5.0 g/dL. On this occasion, examinations revealed low serum folic acid (3.13 ng/mL vs normal range above 5.38 ng/mL), normal serum vitamin B12 and normal serum iron. Transthoracic echocardiogram did not show PH, and revealed normal right ventricle function. The patient has a serum ascorbic acid level of 1.38 mg/dL (reference range 0.5-1.5 mg/dL).

As PH is not a typical presentation of scurvy, few cases have been reported in the literature. This case report describes a patient with clinical manifestations of scurvy associated with PH, which was totally reversed with ascorbic acid replacement. Thus, considering that there were no other causes of PH in the present case, there probably exists causal relationship between ascorbic acid deficiency and PH. Moreover, the patient was later readmitted after some months with normal vitamin C serum levels and normal transthoracic echocardiogram.
Physiological studies have revealed that ascorbate (vitamin C) is a cofactor participating in the activation of oxygen-dependent prolyl hydroxylases which regulate the activity of the hypoxia-inducible family (HIF) of transcription factors. The HIF manages the body’s responses to hypoxia and if its activity is uncontrolled, this can result in pulmonary vasoconstriction, increasing the risk of PH[1]. Previous evidence has shown that iron, as well as ascorbate, modulates the HIF pathway, and is capable of modifying the pulmonary vascular response to hypoxia[2]. Vitamin C increases the production of nitric oxide, which modulates vasodilatory capacity[3]. In summary, vitamin C and iron deficiency can provoke pulmonary vasoconstriction leading to PH.
A literature review was conducted searching the PubMed database for case reports either in English or Spanish. The search used the keywords “Pulmonary Hypertension” and “Scurvy” or “Vitamin C deficiency”. Besides the current case report, we identified nine relevant articles published between 1996 and 2019 (Table 1) [4-12]<7sup>. Five cases were males and the other five were female patients. The mean age was 40 years, despite two of the reported cases being children[9,10]. In all cases, serum vitamin C was below 0.2 mg/dL, and in four cases the level was undetectable[4,8,10,11]. The most common electrocardiographic abnormalities were T wave alterations (flattened or inverted T waves) followed by sinus tachycardia. In three patients, including the current case, ST-segment alterations were observed (ST-segment depression and non-specific ST changes)[8,10]. The most common echocardiogram alteration was dilation of the right chambers (including atrium and ventricle), identified in seven cases (70%)[5,7,10,12]. In five cases cardiologists performed right heart catheterisation to confirm the diagnosis of PH, whereas in the others this investigation was not carried out. Mean pulmonary artery systolic pressure was 71 mmHg when measured by echocardiography, and 57 mmHg when measured by catheterisation. In four cases, no conditions that might explain the dietary restriction were present[4,5,9,12], while the other cases reported some underlying condition. In 44.44% of the cases, some psychiatric condition was found to be the main cause of dietary restriction: anorexia, autism, video game addiction and paranoid personality disorder[5,8,11]. This association should alert physicians to the possibility that psychiatric patients with unsolved clinical problems may be affected by vitamin deficiencies due to dietary restriction.
Although iit s commonly believed that vitamin C deficiency is a condition of the past, studies have shown that it can still be found in some countries, including developed ones. In the low-income population of the United Kingdom, 25% of men and 16% of women have vitamin C deficiency[13]. Therefore, given that the prevalence of vitamin C deficiency is still significant worldwide, scurvy is a diagnosis that should still be taken into consideration.

This paper reports an atypical cardiopulmonary presentation of scurvy. Physicians should recognise that ascorbic acid deficiency is a recurrent condition nowadays and consider this diagnosis in populations presenting with dietary restrictions, such as people with psychiatric disorders. PH could be a rare occurrence in patients with vitamin C deficiency. Vitamin supplementation seems to be the cure, since all cases presented with normal echocardiogram parameters after adequate supplementation. 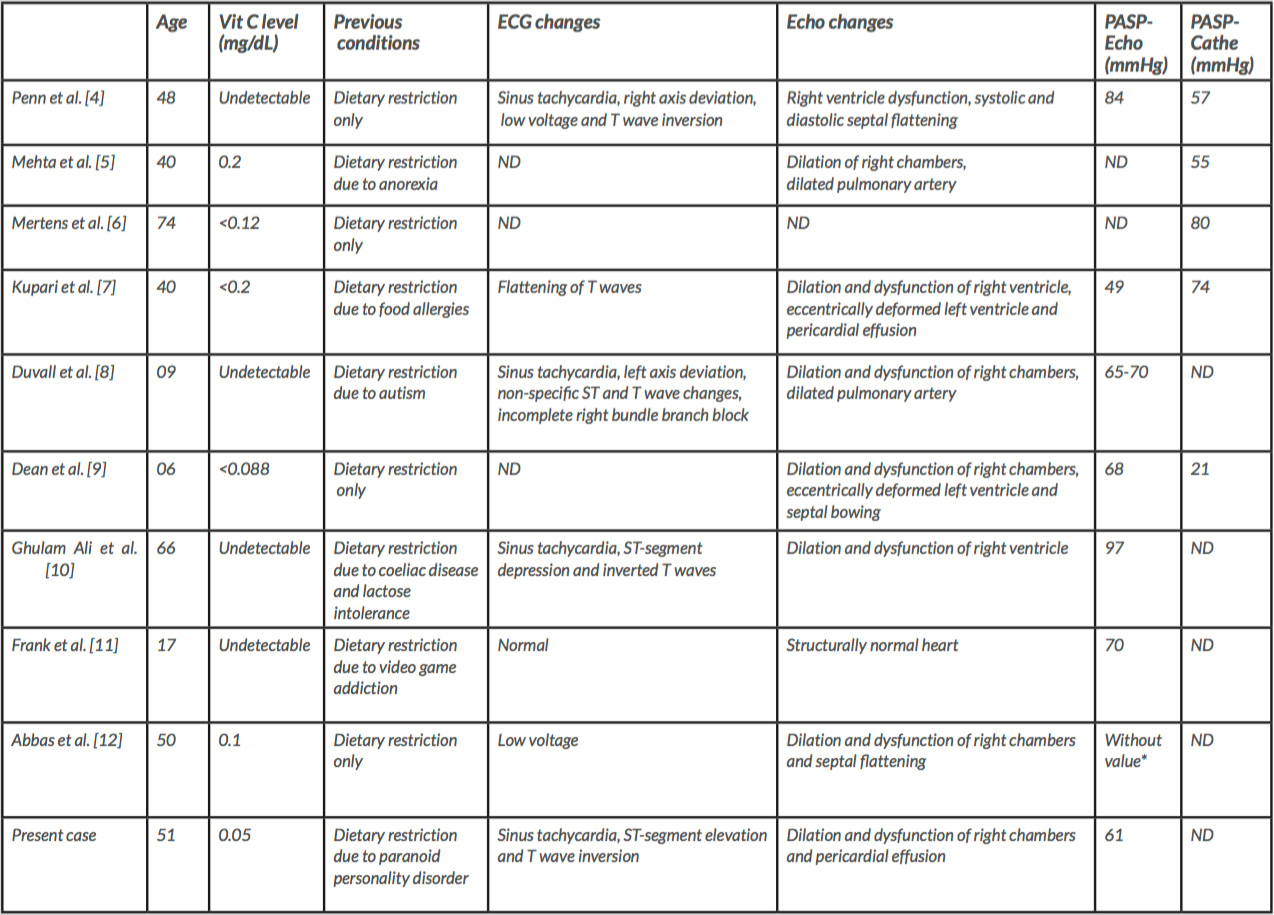