A 73-year-old woman with a diagnosis of vulvar carcinoma submitted to curative surgery 5 years previously, presented to the emergency department with prostration and vulvar haemorrhage. Although the gynaecological examination was unremarkable, she had a mass in the left chest wall and hypercalcemia. A CT scan of the thorax revealed a voluminous left hemithorax mass invading the mediastinum, lung, pleura and chest wall. Ultrasound-guided biopsy of the mass showed infiltration by a well-differentiated keratinizing squamous cell carcinoma (SCC). This case report describes an extremely rare metastatic pattern in vulvar SCC concomitant with paraneoplastic hypercalcemia. 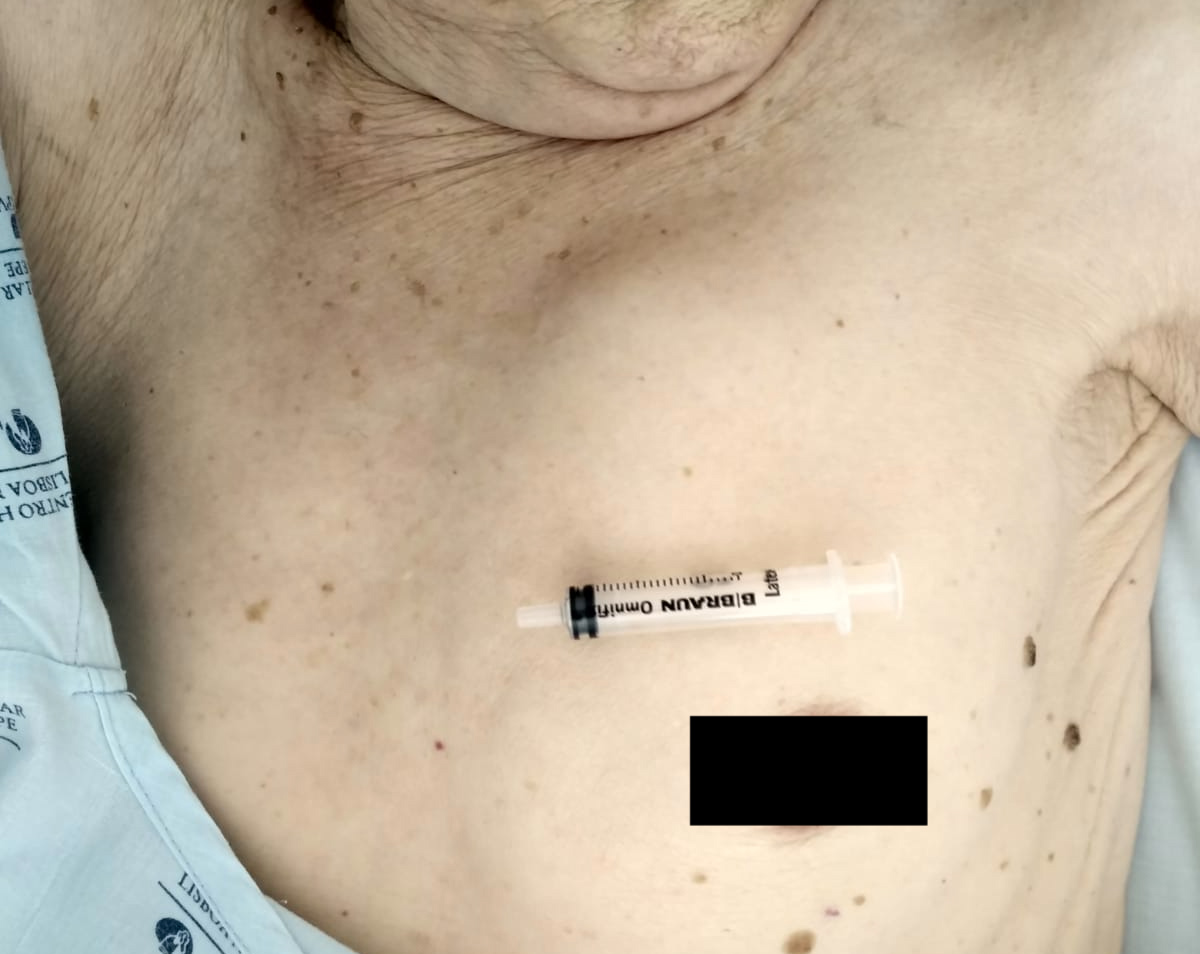 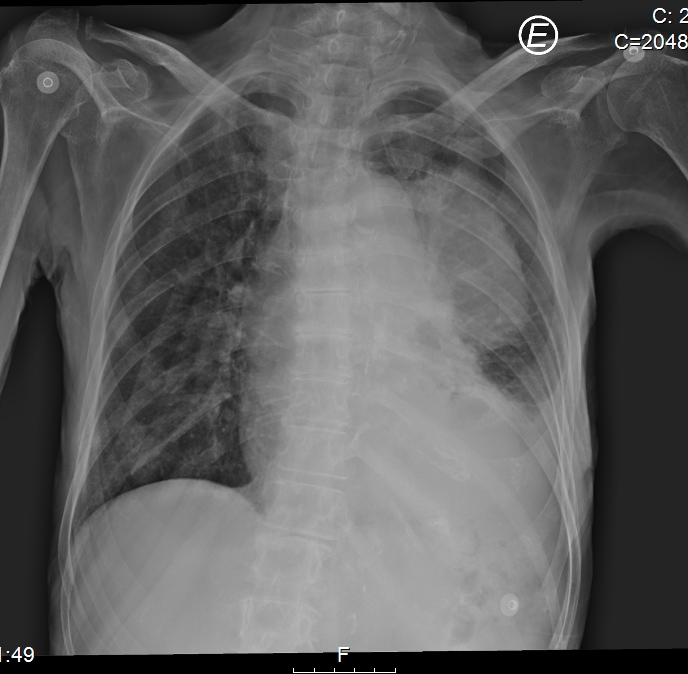 Figure 1. Mass protruding out of the chest wall
Figure 2. Chest x-ray showing homogeneous hypotransparency in the medial third of the left lung field 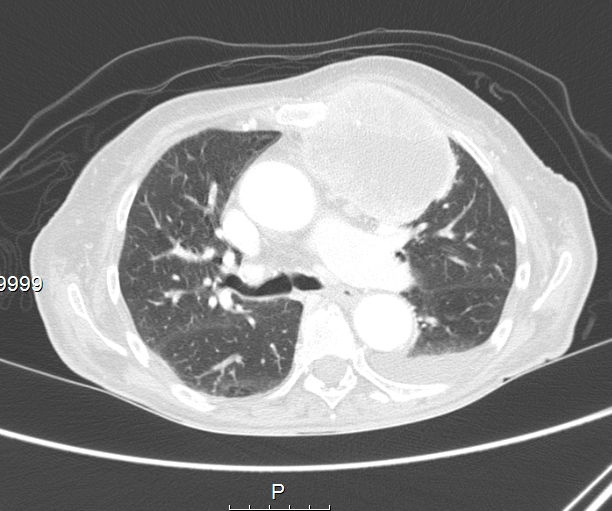 Carcinoma of the vulva is a rare tumour, accounting for 4% of all gynaecological malignancies, with an incidence of two to seven cases per 100,000 women. In about 90% of cases the histological type is SCC[1], which includes two aetiological subtypes with bimodal distribution. The classic type is related to human papilloma virus (HPV) infection, occurs in younger women and is associated with high-risk sexual activity. Older women are more likely to have HPV-negative disease and there is an association with vulvar lichen sclerosus[2]. Although metastization is rare with haematogenous dissemination to distant sites occurring in only 8–12% of patients[3], the most common sites for metastasis are the lung, bone, liver and lymph nodes[4]. When metastization occurs, there is usually a low response to surgery/radiotherapy, with a 5-year survival rate of less than 5%[5]. The immunohistochemical study panel for lung carcinomas frequently includes staining for p16, cytokeratins 7 (CK7) and 20 (CK20), and thyroid transcription factor (TTF-1). CK7 and CK20 are usually negative in SCC except that of cervical origin, and so its value is limited in assessing the origin of the SCC. TTF-1 could indicate a lung origin, but is rarely positive in SCC. Stain for p16 can differentiate between HPV-positive and HPV-negative lesions, and, if positive, could suggest origins other than the lung[6], or metastization if both tissues are p16 positive. In view of this, immunohistochemical differentiation between lung metastasis of vulvar SCC and primary lung carcinoma is difficult and frequently relies on clinical judgement. In our case, both lung and vulvar tissues were negative for p16 and thus it was not possible to differentiated on this basis.
However, considering the characteristics of the mass, namely its peripheral location invading the chest wall without the presence of nodal, liver or adrenal metastization typical in primary non-small cell carcinomas of the lung with this staging[6,7], we assumed that the mass was most likely a pulmonary metastasis of the vulvar SCC. Although metastization of vulvar SCC to the lung has been described in the literature, in our case the metastasis presented as an unusually voluminous and extensively invasive mass as opposed to the solitary or multiple lung nodules that have been described[4].
Paraneoplastic hypercalcemia frequently complicates SCC but is rarely seen with vulvar carcinomas[8,9] and is associated with a bad prognosis[10]. The laboratory results suggested the diagnosis of malignant humoral hypercalcemia and the patient was treated accordingly with normalization of serum levels of calcium. After multidisciplinary discussion involving oncology, gynaecology, radiotherapy and surgery clinicians, it was decided that the patient did not meet the criteria for curative treatment and she was proposed for best supportive care in a palliative care unit. In conclusion, this case report describes two rare manifestations of vulvar SCC, namely metastasis with invasion of the chest wall and hypercalcemia developing as late as 5 years after excision of the primary tumour.